There are three main kinds of bread in the world those that rise highest so are baked in pans, breads with a medium volume like rye and French breads, and those that hardly rise at all called flatbreads.

Wholemeal and wheatmeal breads are popular. Any bread containing wholemeal flour can be called ‘wholemeal’ as long as the percentage of wholemeal flour is shown in the ingredient list as it is the characterising ingredient of the bread. 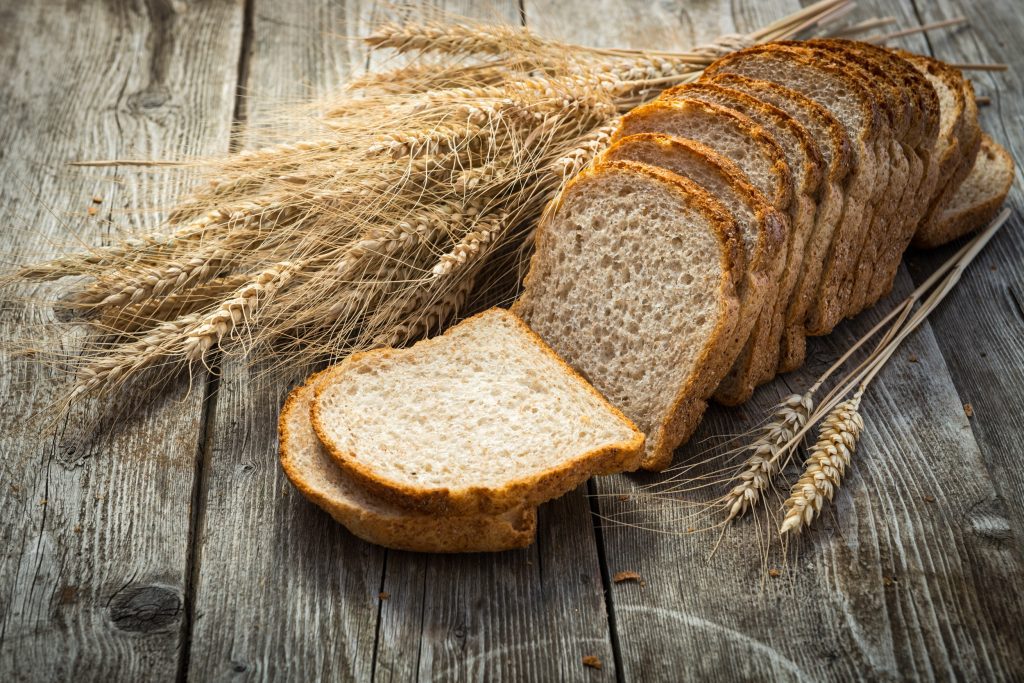 Processing of wholemeal bread differs in two ways from that of white bread. During mixing the amount of water added to make an optimum dough consistency needs to be increased because the bran in the wholemeal absorbs more water. The dough is weaker because the bran particles break up the strong protein bonds in the bread dough, and this weakens the dough structure. This means the dough could collapse when it rises. Extra protein, called gluten, is added to make the dough stronger and stop it collapsing.

Wholemeal bread contains higher concentrations of minerals and vitamins than white bread as it retains the bran and germ of the wheat. It is an excellent source of dietary fibre, containing twice that of white bread and more than multigrain breads.

Mixed or multigrain breads are made from a mixture of wholemeal, white or rye flour and may contain wheatgerm, honey, gluten, non-fat milk solids, cracked and whole grains of wheat and other cereals such as rye, oats, corn, barley, rice millet and triticale.

A wide choice of multigrain breads can be achieved by blending various grains, vegetable pieces, nuts, seeds, fruit and spices.

There are “light” and “heavy” multigrain breads.

“Light” multigrains have an openness similar to white bread, with small kibbled grains, oats or other wheat mixed through the bread.

Multigrain bread contains whole grains of different types. Kibbled bread contains kibbled grain which is grain that has been broken into smaller pieces. Many types of grain can be added to the bread including rye, barley, oats, corn, millet, soya, alfalfa and rice. The grain should be soaked in water for several hours before mixing because unsoaked grain in bread is hard enough to break teeth. This bread also needs extra protein (gluten) to make the dough stronger and hold up the extra weight of the grains.

Rye bread is a wholemeal bread made from rye or a mix of rye and wheat flour. It was originally developed in Europe and is made in a wide variety of styles and shapes.

Rye doughs are made with less water than dough from ordinary flour, so they are stiff and keep their shape. Moulding, proving and baking also need to be modified to handle the weak, sticky dough. As with most grain and meal breads, some white flour or gluten can be used to improve the dough strength.

The traditional way of making this bread includes several proving stages to raise the acidity and kill the amylase. This stops the bread being doughy and sticky. The sour dough method is the most popular means of making bread the traditional way.

Fruit breads use a normal bread recipe to which fruit and often sugar are added. Popular fruits used are raisins, currants, dates, orange peel and dried fruits such as apricots. 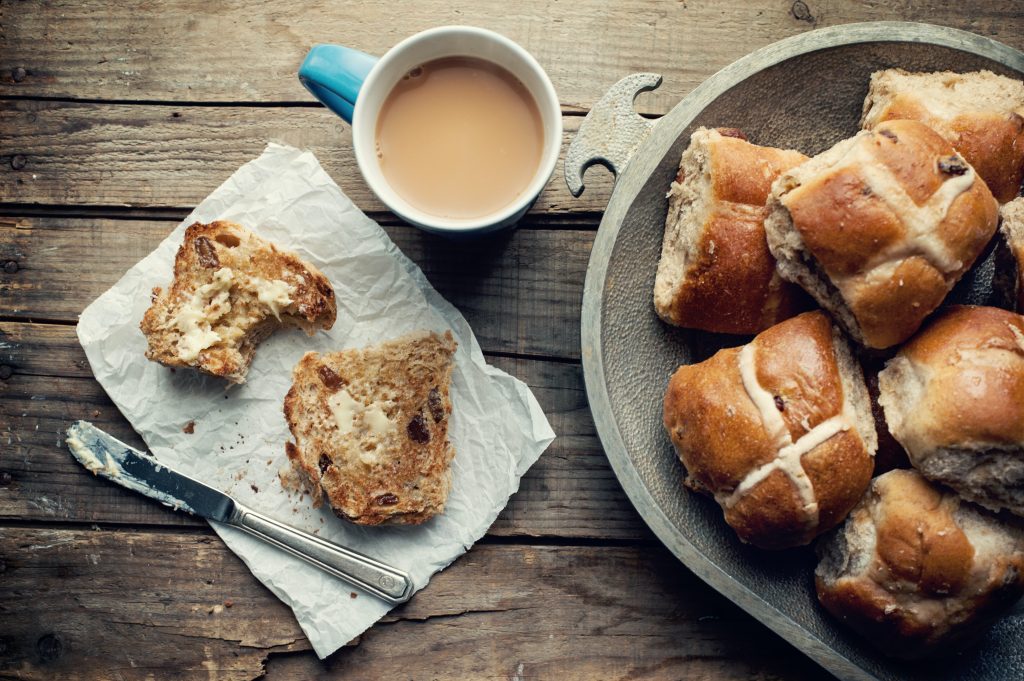 Visit our Nutrition section, to learn more about the nutritional properties