There are many components of wheat used in bakery products or other food items which are may not actually be called wheat in the ingredient list. These ingredients include: 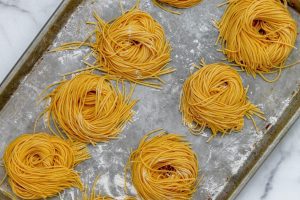 There are also different names for wheat. These may relate to a particular species of wheat or the name may indicate the way in which the grain has been milled. Here are some examples: