Unfortunately the Young Bread Baker competition for this year is cancelled.  Given the current uncertain Covid 19 situation we don’t believe we can run a successful competition.  Well prepared candidates are the key to a good competition and this requires time and effort from both candidates and their employers in the weeks leading up to the competition.

Hopefully next year will bring more certainty.  In 2022 we will ensure that anyone who was eligible for the competition in 2020 and 2021 will be able to participate.

Anuga, the world’s largest trade fair for food and beverages, breaks new grounds for the developments of the entire industry.

It is the most important industry meeting point as the figures of 2019 once again impressively demonstrate: With 7,590 exhibitors and about 170,000 visitors, Anuga Cologne is clearly the number one food fair!

Don’t miss the opportunity to be part of the leading food fair in Cologne in year 2023. Anuga invites exhibitors and trade visitors from all over the world to discover 10 trade shows and 11 trend themes as well as numerous events and congresses.

This programme combined with the largest number of participating exhibitors makes Anuga the trade fair highlight of the food and beverage industry! Find out more about Anuga to get a taste of it:

Posted in Event | Comments Off on Anuga 2023

Welcoming baking industry professionals from every segment and in every role, IBIE delivers a world of benefits in one streamlined event. What do you need to enhance your efficiency, sharpen your skills and elevate your career? It’s all here at the largest, most comprehensive baking industry event in the Western Hemisphere.

Every three years, you have a powerful opportunity to discover the latest trends and innovations, connect with colleagues and exchange ideas with top baking and business professionals.

The industry’s newest advances from leading manufacturers and suppliers are all on display at the Baking Expo™. Talk to product experts and get hands-on demos to understand how the latest baking technology, ingredients and packaging trends can impact your business. IBIE’s 1,000,000 sq. ft.

Over the next two years, folic acid will be added to most of the bread made by businesses.

Associate Health Minister Dr Ayesha Verrall has previously said that about 34 per cent of bread already includes the vitamin B supplement. Folic acid will not be added to organic and non-wheat breads.

Watch the video to see what it looks like as well. 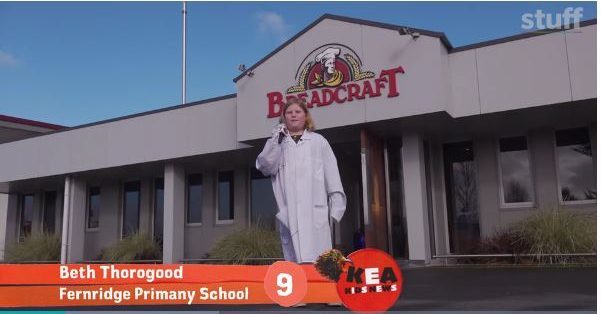 The Government is taking action to prevent spina bifida and similar conditions, with the approval of the addition of the B vitamin, folic acid, to non-organic bread-making wheat flour.

“This is about protecting babies. Low folate levels in mothers cause neural tube defects that result in the death of babies, or life-long disability,” said Minister for Food Safety Dr Ayesha Verrall.

“New Zealand’s rate of NTDs remains too high compared to other countries who have a mandatory fortification approach, such as Australia, Canada, and the United States.

“A little over half of pregnancies in New Zealand are unplanned, so it’s not practical for all women to take a folic acid supplement one month before they conceive – to reduce the risk of these conditions,” Ayesha Verrall said.

“This B vitamin is safe and essential for health; particularly for development of babies early in pregnancy. Folate is naturally present in food; folic acid fortification restores what is lost during processing such as flour milling.

“Organic and non-wheat flour will be exempt from fortification, providing a choice for consumers who don’t want to consume folic acid,” Ayesha Verrall said.

A review by the Ministry for Primary Industries estimates fortifying all non-organic wheat flour for making bread could prevent between 162 and 240 neural tube defects over 30 years, and reduce health, education and productivity costs by between $25 million and $47.4 million over the same period.

“Introducing mandatory fortification is a safe way to ensure women of childbearing age are supported to increase their folic acid consumption.

“This move aligns us with Australia’s fortification approach, which has achieved declines in the prevalence of neural tube defects, particularly in pregnancies among teenagers and indigenous women,” Ayesha Verrall said.

Officials will work closely with industry to ensure the recommended level of folic acid fortification is achieved, by providing support to flour millers; including financial assistance for the purchase and installation of the necessary infrastructure, which is estimated to cost $1.6 million.

There will be a two-year transition period.

The report, The Health Benefits and Risks of Folic Acid Fortification of Food, is available here: